The Port of Greater Cincinnati Development Authority recently finalized the purchase of 25 acres in Cincinnati’s Bond Hill neighborhood and today mobilized crews to begin removing structures no longer vital to everyday life in this historically important community – including a 32-foot billboard-style sign that has marked the Reading Road/Seymour Avenue intersection for more than four decades.

Not since its midcentury heyday, when Swifton Commons was the first multi-store open-air mall in Cincinnati – has the site been a regular draw for visitors and community residents. The original department stores, specialty shops and restaurants closed after larger malls were built in the suburbs. After Allen Temple Real Estate Foundation purchased it in the late 1990s and renamed it Jordan Crossing, the center had less than a dozen commercial tenants, but remained a welcoming presence for those attending worship services and community meetings. Its hulking 400,000 square feet structure was mostly vacant with an outmoded design and continuing need for upkeep. The center clearly needed a new purpose, but time could not erase the core of its true value to Cincinnati – its location, just six miles north of downtown in the center of the Greater Cincinnati region; and the strength of the communities surrounding the site that are seeing new investment and job creation as companies build on existing assets and access. 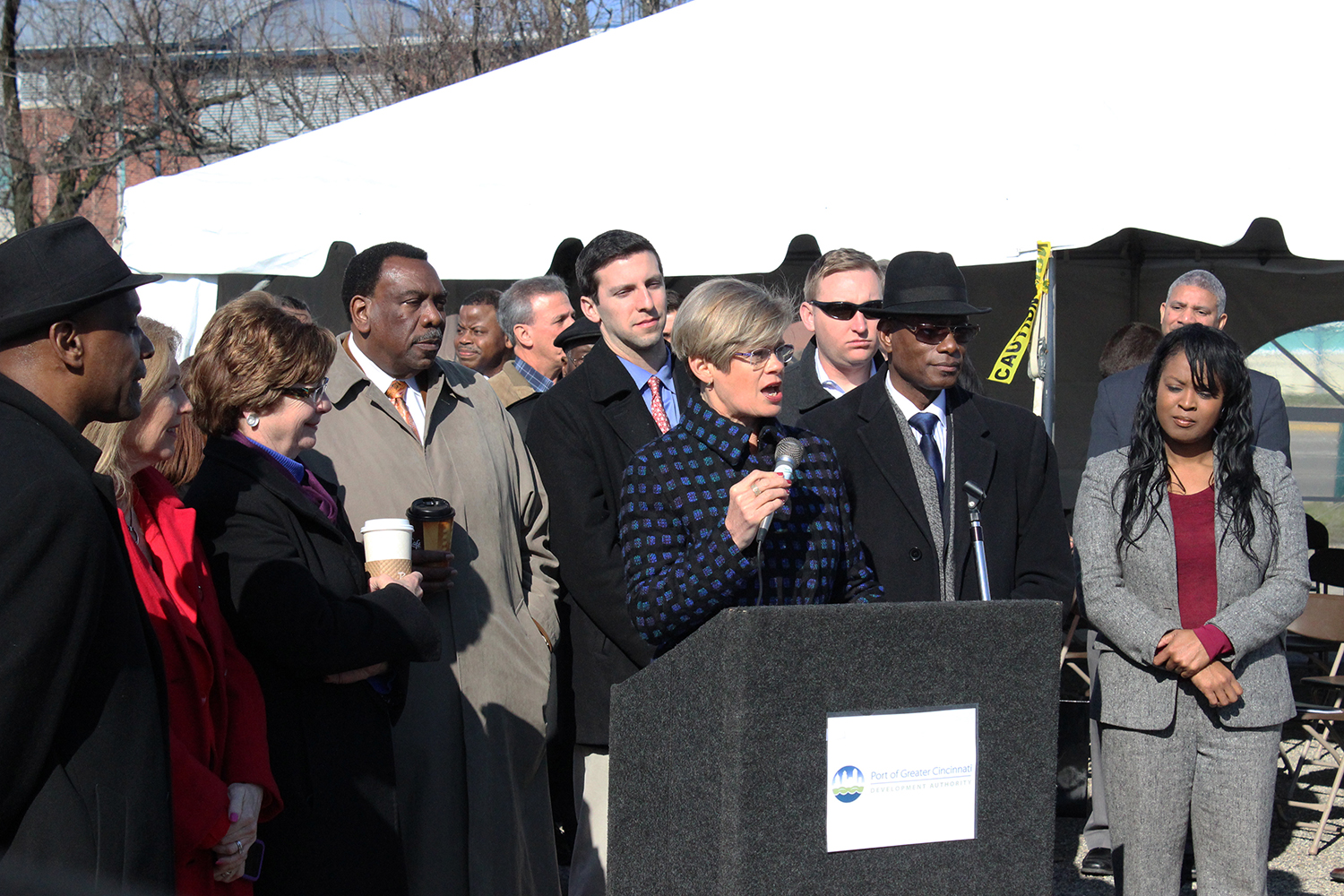