The Port Board elects new officers

CINCINNATI, Ohio (December 11, 2019) – The Port is pleased to announce the election of Manuel Chavez as chair of the board of directors and Patricia Mann Smitson as vice-chair.

Manuel Chavez is founder and CEO of Bombe, an alternative asset management group. Chavez was appointed to The Port Authority board in January 2017 by Mayor John Cranley. He succeeds Charlie Luken, former Cincinnati mayor and member of Congress, as chair. Luken, senior counsel at Calfee, Halter & Griswold LLP, an Ohio corporate law firm with an office in Cincinnati, has been board chair since January 2016
and a member since 2014.

Chavez serves on the board of trustees for both Cincinnati State Technical and Community College and the Cincinnati Art Museum, and is a member of the Cincinnati Regional Business Committee (CRBC). He was also a founding member of the Friends of Children Society for the ProKids Organization. “I appreciate the board’s support and look forward to continuing to work with Laura and her team” said Chavez. 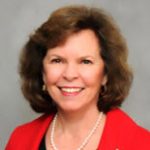 Smitson said, “I am pleased to continue my dedication to improving the economic outlook for the residents of our community through The Port’s work to revitalize neighborhoods and attract good paying jobs to our region.”

“Manny and Trish are strong leaders,” Charlie Luken said. “They both have records of service to Cincinnati that make them a fantastic team to keep our momentum at The Port going forward. With Laura and her excellent staff, I expect great years ahead for The Port.”

During Luken’s four years of service as chair, The Port accomplished major milestones. Among them:

The Port is governed by 10 volunteer business and community leaders who comprise the board of directors. Five are appointed by the mayor of Cincinnati and five by the Hamilton County Board of Commissioners.

The Port was formed in 2000 to stimulate growth of the regional economy. Partnering with the City of Cincinnati and Hamilton County, The Port works to redevelop manufacturing and residential communities to build the foundation of job creation and livable, viable communities where residents have the opportunity to participate in economic prosperity. For additional information, please visit http://www.cincinnatiport. org.

The Port closes on industrial site in Reading