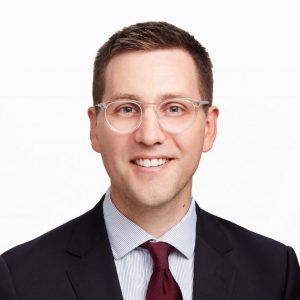 Philip Denning serves as Executive Vice President for The Port. He leads the Neighborhood Revitalization team, including housing development across a spectrum of affordability, the development of business districts to include community entrepreneurs, as well as the work done throughout the county to bring vacant, blighted properties back into productive use. As part of this work, he oversees Strategic Assets of The Port, including the Regal Theater and the Millennium Hotel.

Prior to joining The Port, Philip led the City of Cincinnati’s Department of Community and Economic Development (DCED). In that role, he worked to facilitate strategic development and services within Cincinnati to improve the lives of residents, increase business investment, and bring new vibrancy to Cincinnati neighborhoods. Philip directed negotiations for nearly $2 billion of private investment, restructured Department operations, and incentivized the creation of thousands of new market-rate and affordable housing units. Under his management, nearly $17 million in annual federal funds touched the lives of tens of thousands of city residents and his team led the creation of a report on recommendations for balanced economic development policies that can best support residents and neighborhoods.

Before being selected as director of DCED, Philip served as the Major Projects Division Manager, leading incentive negotiations for prominent real estate development projects in the urban core.

Philip is a graduate of the University of Cincinnati’s School of Design, Art, Architecture & Planning. He currently serves as a Board Member of the Cincinnati Development Fund. He previously served on the Management Committee of the Cincinnati Chapter of the Urban Land Institute and as the Chair of The Banks New Community Authority.

Philip lives in Cincinnati’s Northside neighborhood with his wife and three children.