Creating a Better Representation of our Region's Logistical Advantages

The Ports of Cincinnati & Northern Kentucky is an inland port jurisdiction that includes 226.5 miles of commercially navigable waterways of the Ohio River and Licking River in Kentucky. Its boundaries include the following 15 counties in Ohio and Kentucky:

In August 2012, the Port of Greater Cincinnati Development Authority and the Northern Kentucky Port Authority formally partnered to petition the U.S. Army Corps of Engineers to re-designate the then-Port of Cincinnati’s jurisdictional description from 26 miles to 226.5 miles. The two port authorities officially requested consideration of a new, regional port boundary in response to the advocacy of the Central Ohio River Business Association (CORBA), which promotes the Ohio River waterway as a vital component of the nation’s waterborne transportation system.

Freight traffic on inland waterways will continue to increase as businesses realize the benefits of this affordable, energy-efficient solution that can easily link with surface and air transportation facilities.

US Army Corps of Engineers documents: 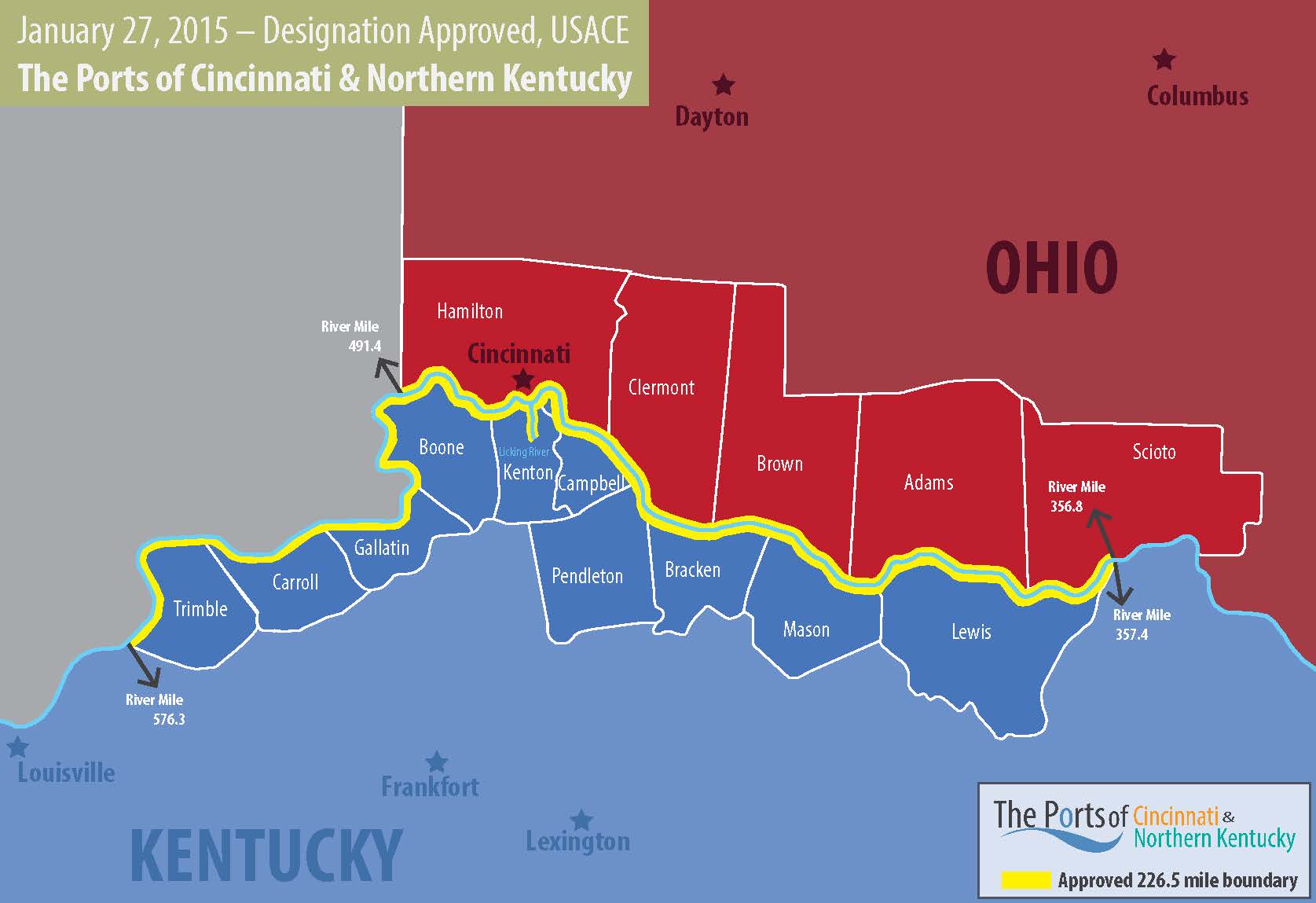 We are now the Ports of Cincinnati and NKY

More jobs may be in a new name.