Transforming a Vacant Building to a Thriving Mixed-Use Project

Built in 1905, the R.L. Polk Building had been home to printing, manufacturing, and office uses, but by the 2000s was left mostly vacant. The Miller Valentine Group purchased the building in March 2004 with the intent to convert the building into a mixed-use commercial/residential complex. However, remediation was necessary to remove asbestos-containing materials, fluorescent lights, and ballasts from the building and prepare it for residential/commercial use. Thus, the Port Authority applied for and was awarded a grant in June 2004 from the Clean Ohio Assistance Fund to remove asbestos-containing materials and other wastes from the Polk Building. Remediation activities commenced in July 2004 and were completed in October 2004.

From 2005-2006, Miller-Valentine Group and Greiwe Development Group renovated the property to include 114 high-end residential condominiums, a community room, library, fitness center, and indoor atrium. Upon completion, Park Place at Lytle increased the number of condominiums in the Cincinnati Central Business District by 200 percent and will provide approximately $1.1 million in annual property tax. In addition, development of Park Place at Lytle resulted in the creation of 410 construction jobs, retention of 10 jobs through the integration of an existing office tenant into the building’s design, and creation of six new building operation and maintenance jobs. 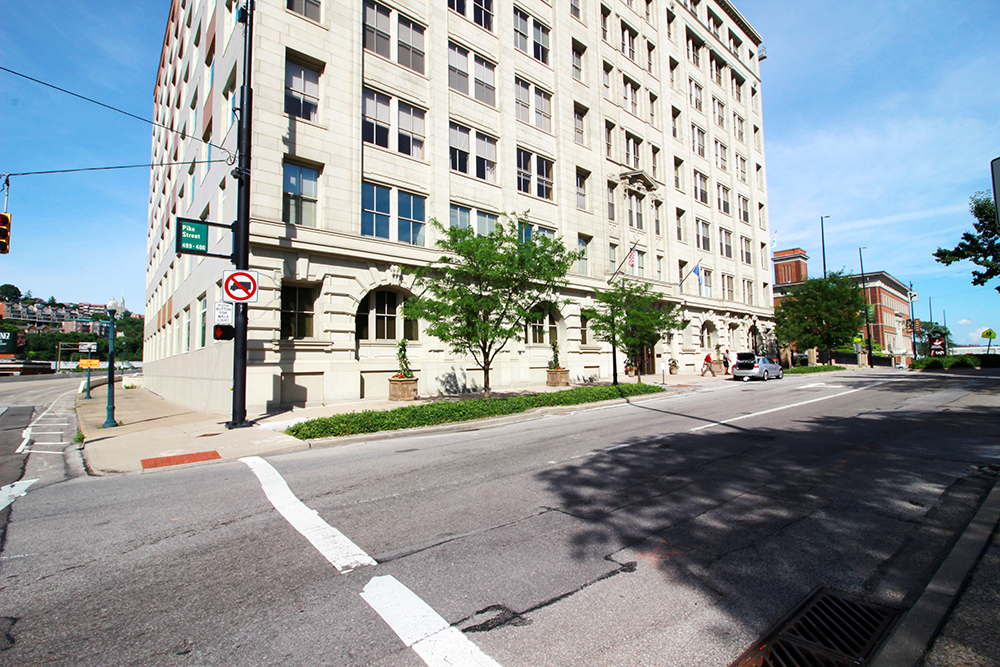 By Ken Alltucker
The Cincinnati Enquirer

Developer Miller Valentine Group is betting that Cincinnatians will be willing to spend up to $1.5 million for a penthouse with sweeping views of the Ohio River and downtown's skyline.

"It was not an inexpensive building to convert…the exciting thing is that we've taken a building at the end of its useful life and given it a rebirth."