Partnering to Break Down Barriers

Easterseals has a 40-year history of breaking down barriers to employment for people with disabilities, people facing disadvantages, and veterans. But that success is due to outstanding community support. The individuals served would not be as prepared for success in the workplace without real-life work experiences. Those experiences are made possible by organizations, businesses, and people across Greater Cincinnati who understand the importance of investing in the future workforce and creating opportunities for growth and excellence.

The Port of Greater Cincinnati Development Authority (Port Authority) has been an invaluable partner in creating such opportunities. Its longstanding commitment to fighting urban blight and creating inclusive growth has been a perfect match for Easterseals’ programs Building Value and YouthBuild. The Port Authority is a public, mission-driven economic development agency. It manages the Hamilton County Land Reutilization Corporation (Landbank), and through this innovative shared resource model, responds to the need to halt pervasive disinvestment and return “broken” sites to productive use.

A 2013 project in the City of Wyoming kicked off this unique partnership, representing the first Landbank-managed demolition/deconstruction contracted to Building Value. Building Value teams deconstructed a vacant home at 624 Van Roberts Place, using hand tools to disassemble and salvage saleable items. About six associates in Building Value’s workforce development / transitional employment program were able to learn this “green” method of deconstruction on the job, diverting materials from the landfill and recycling what could not be sold.

“With ever tightening budgets, the City was pleased that the Hamilton County Land Reutilization Corporation (Landbank) entered into a contract with Building Value to deconstruct this property,” according to Terry Vanderman, Community Development Director for the City of Wyoming. “This approach fits well with the City of Wyoming model, which has placed an emphasis on green demolition practices for the past several years.”

“Our initial partnership with Building Value allowed the Landbank to concurrently achieve blight remediation and advance other important goals such as job-training and inclusion,” according to Laura Brunner, Port Authority President and CEO.

The Port Authority has become Building Value’s biggest client. “We probably do more demolitions for them than any entity around,” says Program Director David Rich. These projects provide ample opportunities for participants to receive valuable industry training. Participants were involved in 19 projects in 2016 alone; teams are currently working on the removal of seats from the venerable Cincinnati Gardens sport and entertainment venue in Bond Hill. More than 1,000 people purchased the seats during a December 2016 online memorabilia sale.

The Port Authority’s commitment to neighborhood revitalization became even more apparent in June 2016 when the Port employed Landbank tools to acquire a vacant and blighted Evanston home located at 1710 Brewster Ave. The property has become the cornerstone project for Easterseals’ YouthBuild, giving at-risk students the opportunity to complete their schooling while earning construction experience and industry certifications.

Mike Dailey, a student at Life Skills Center of Cincinnati hoping to graduate in December, has been working on the house since June. He has done construction before, but knows that his experience with YouthBuild and the Port Authority house has better prepared him to make it a career. He is deeply appreciative of the opportunity to work alongside peers and grow together, saying, “All these people, they’re like my family.” 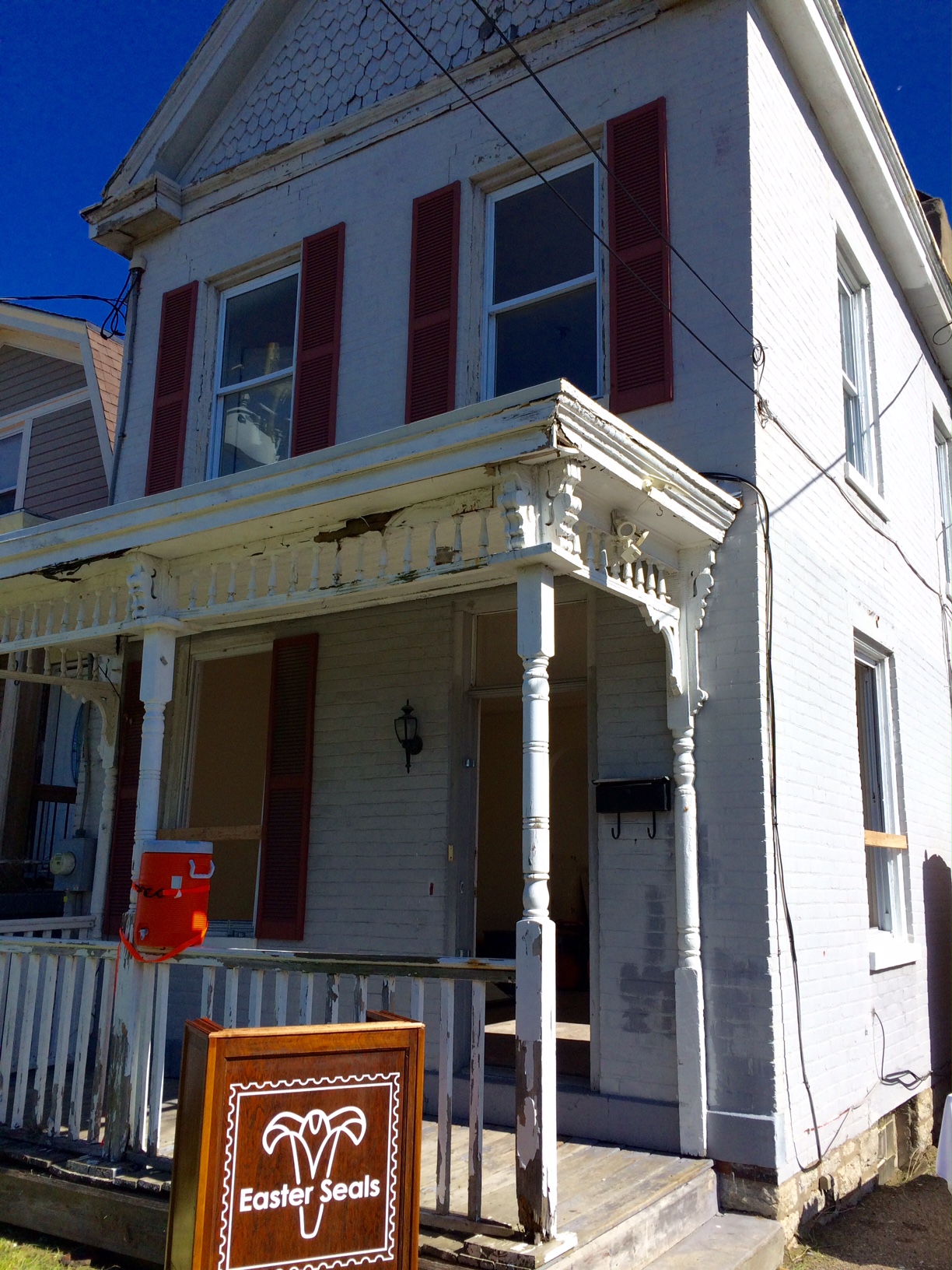 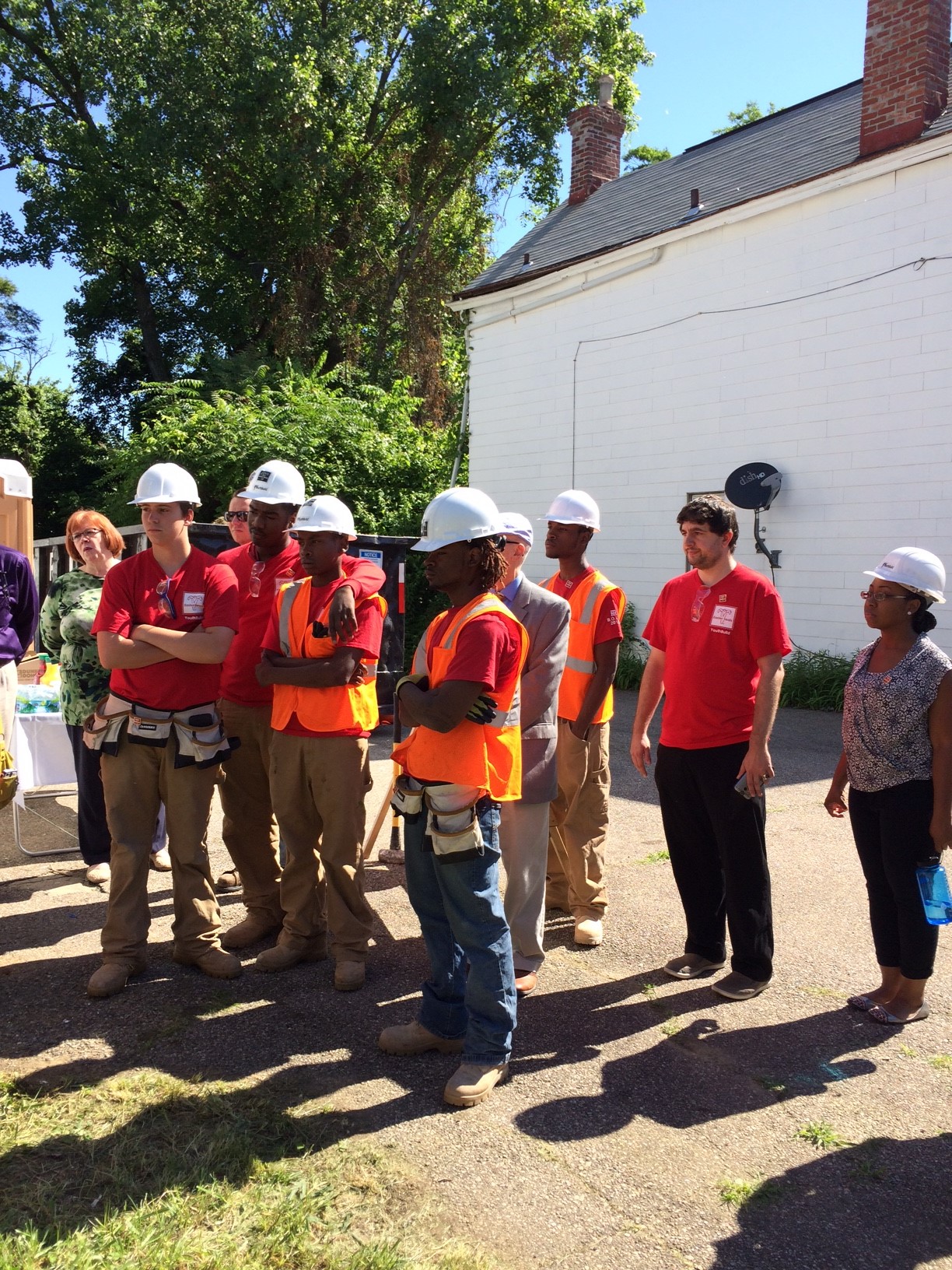 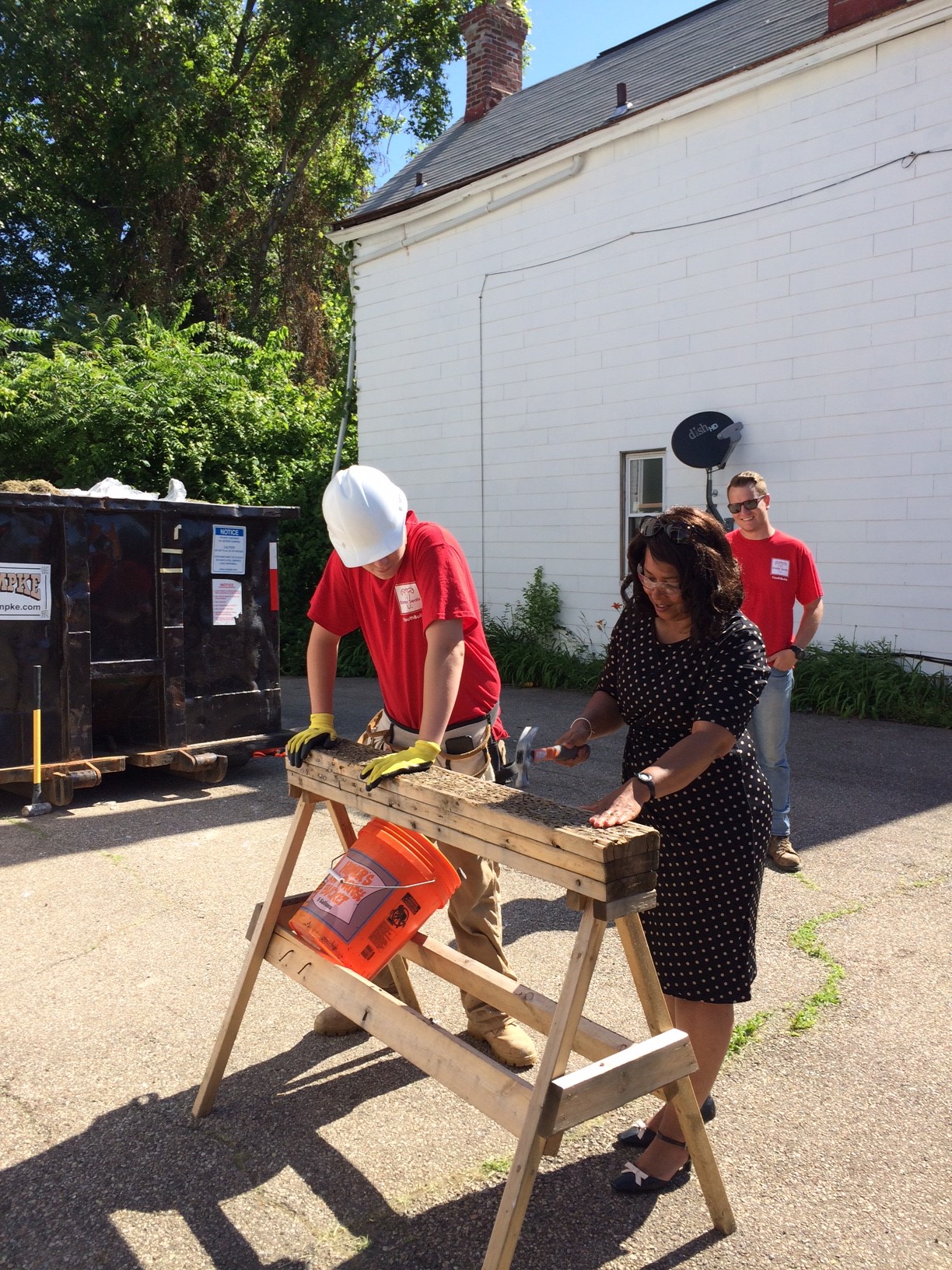 As part of the Kick-Off event for the 1710 Brewster Avenue project, Deborah Robb joins the YouthBuild tradition of hammering a nail into a sawhorse to start the day. 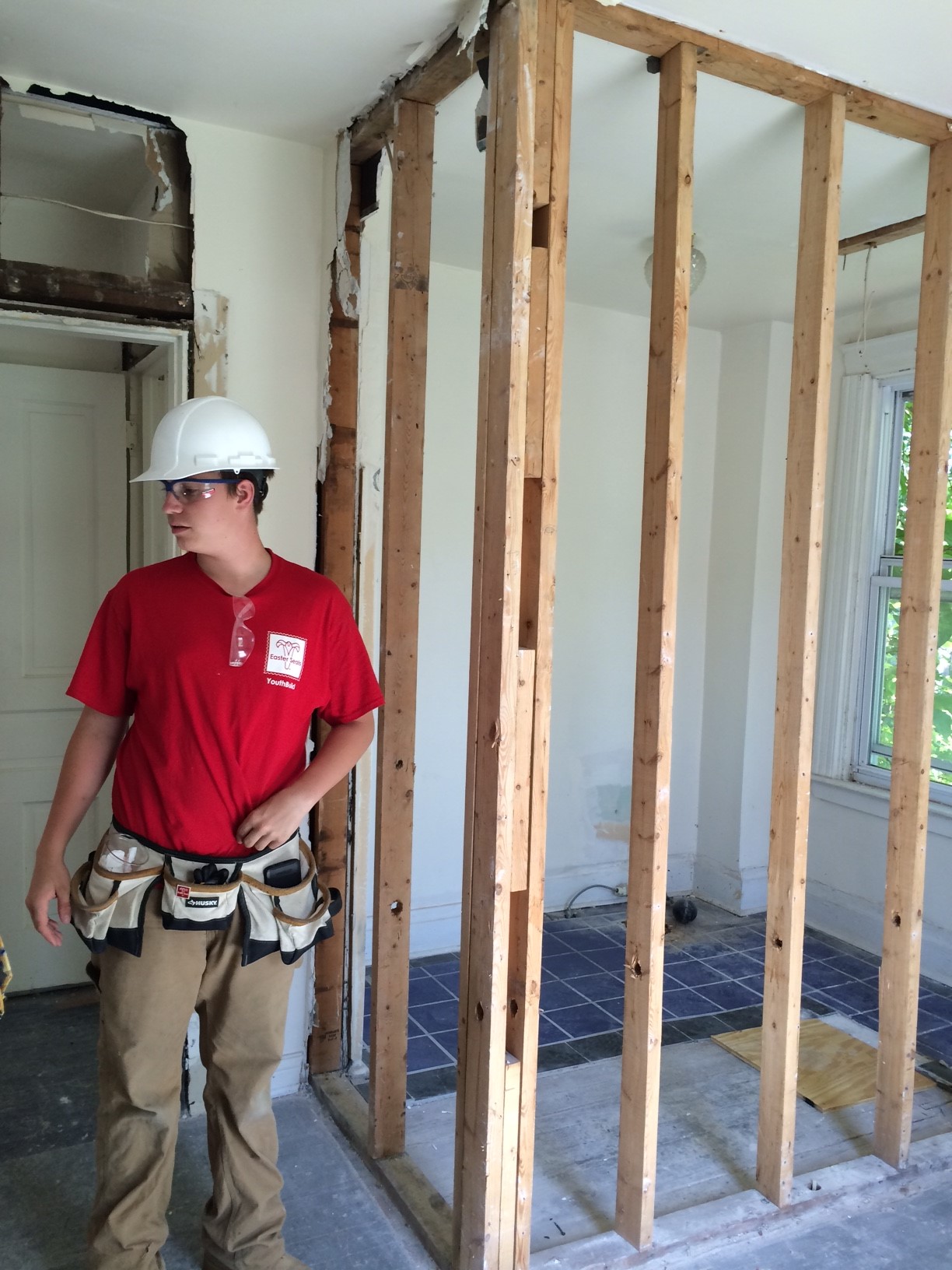 "With ever tightening budgets, the City was pleased that the Hamilton County Land Reutilization Corporation (Landbank) entered into a contract with Building Value to deconstruct this property. This approach fits well with the City of Wyoming model, which has placed an emphasis on green demolition practices for the past several years."

Terry Vanderman, Community Development Director for the City of Wyoming