Home About Us Our Team William “Bill” Fischer 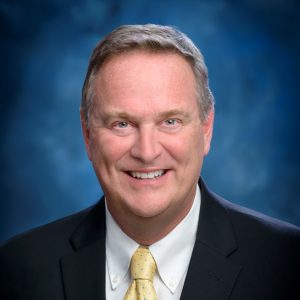 William “Bill” Fischer, EDFP, joined The Port as Vice President, Community Development in 2019 to lead the organization’s outreach efforts in neighborhoods throughout Hamilton County and with real estate developers in Greater Cincinnati. He focuses on housing and infill development, supporting The Port’s goal to foster a wide range of residential housing options in neighborhoods.

Bill guides advancement of The Port’s successful Rehab Across Cincinnati and Hamilton County (REACH) program currently under way in Price Hill, Avondale, Walnut Hills and Evanston. He also works to strengthen community engagement and housing affordability strategies, and broaden partnerships that will serve the needs of neighborhoods undergoing change.

Bill has held community development leadership roles with the University of Cincinnati and City of Cincinnati Department of Economic Development where he honed his real estate and financial incentive negotiation, grassroots organizing and urban planning skills.

A frequent lecturer for the University of Cincinnati master’s programs in planning and urban politics, Bill has also spoken about brownfields and the role they play in community revitalization. He was a long-term board member of the United Way of Greater Cincinnati’s “Place Matters” Advisory Board.