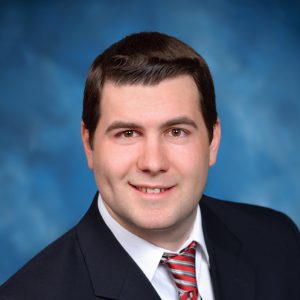 Will joined The Port in 2012. Over the last seven years, he has become an integral part of its neighborhood revitalization work. His work has included oversight and management of many of the core functions of the Landbank and support of The Port’s neighborhood redevelopment strategy.

Will currently works closely with Port leadership to help manage the Landbank’s workflow, programs, and its engagement with its Hamilton County community and jurisdictional stakeholders. Will’s background in urban planning has helped to infuse data-driven decision making into the workflow of the Port’s neighborhood work. This has included coordination of The Port’s data-oriented platforms, tracking measures, and reporting.

Will plays a critical role in the Landbank’s day-to-day operations as well as the execution of its long-term strategies and goals. His work ethic is driven by his passion for equitable and community-informed development and revitalization of neighborhoods through partnership.

Will earned a Bachelor of Urban Planning from the College of Design, Architecture, Art, and Planning (DAAP) at the University of Cincinnati. He is a member of the American Planning Association and Urban Land Institute (ULI) Cincinnati, where he serves on the Management Committee. He is a graduate of ULI’s Emerging Leaders Program and has served as a team mentor for the ULI/Gerald D. Hines Student Urban Design Competition. Will is also a graduate of the Cincinnati USA Regional Chamber’s Cincy Next Program (Class 6).