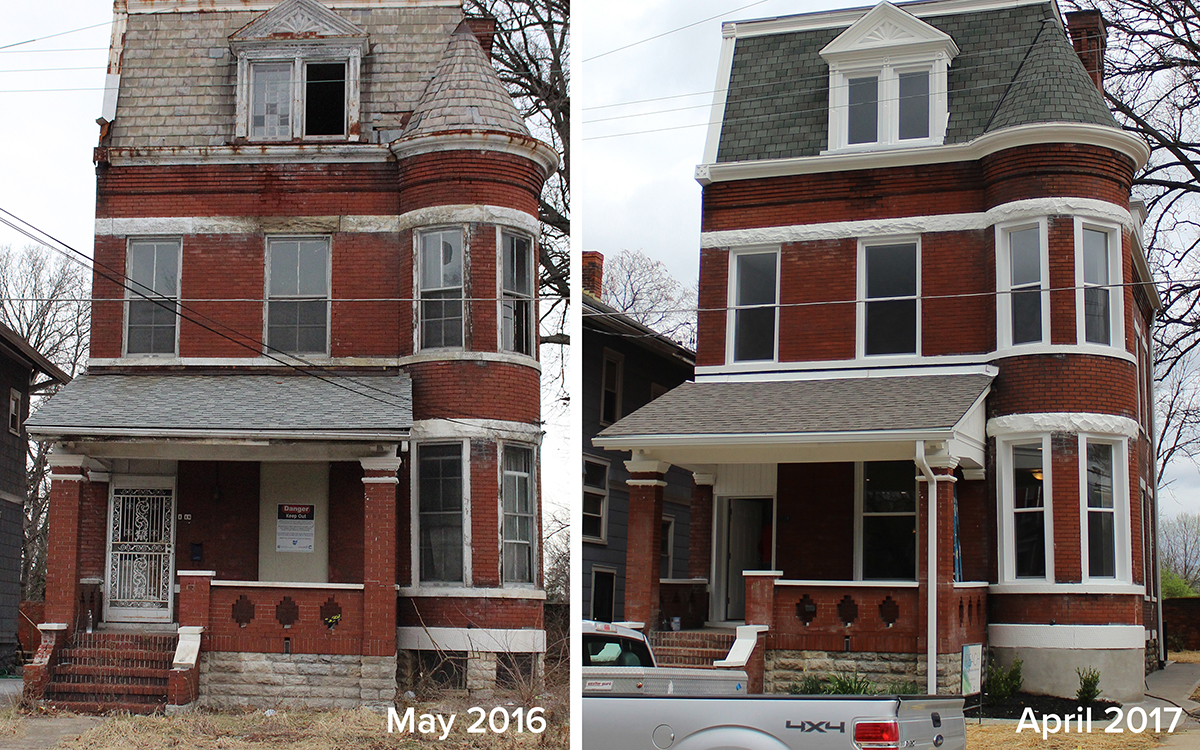 When the Hamilton County Landbank acquired 1616 Ruth in May of 2016, the unique brick home with a distinctive turret had seen severe deterioration. After being vacant a number of years, the circa 1903 home’s detailed woodwork and corbeled brick had become overshadowed by boarded up and broken windows.

This past Sunday, less than a year later, a revived and transformed 1616 Ruth hosted prospective new owners. The 19th REACH (Rehab Across Cincinnati and Hamilton County) home to be rehabbed in Evanston, and the ninth home on Ruth Avenue, 1616 Ruth maintains its stately character while featuring modern amenities and design.