As one of our neighborhoods of focus, the Redevelopment Authority has been working in Walnut Hills since 2013. Our work is based on collaborative input from the City of Cincinnati, Walnut Hills Community, and Walnut Hills Redevelopment Foundation. From transformative housing development to financing redevelopment of historic landmarks, we’re excited to be a part of the forward momentum in this vibrant neighborhood. – Updated May 2018. 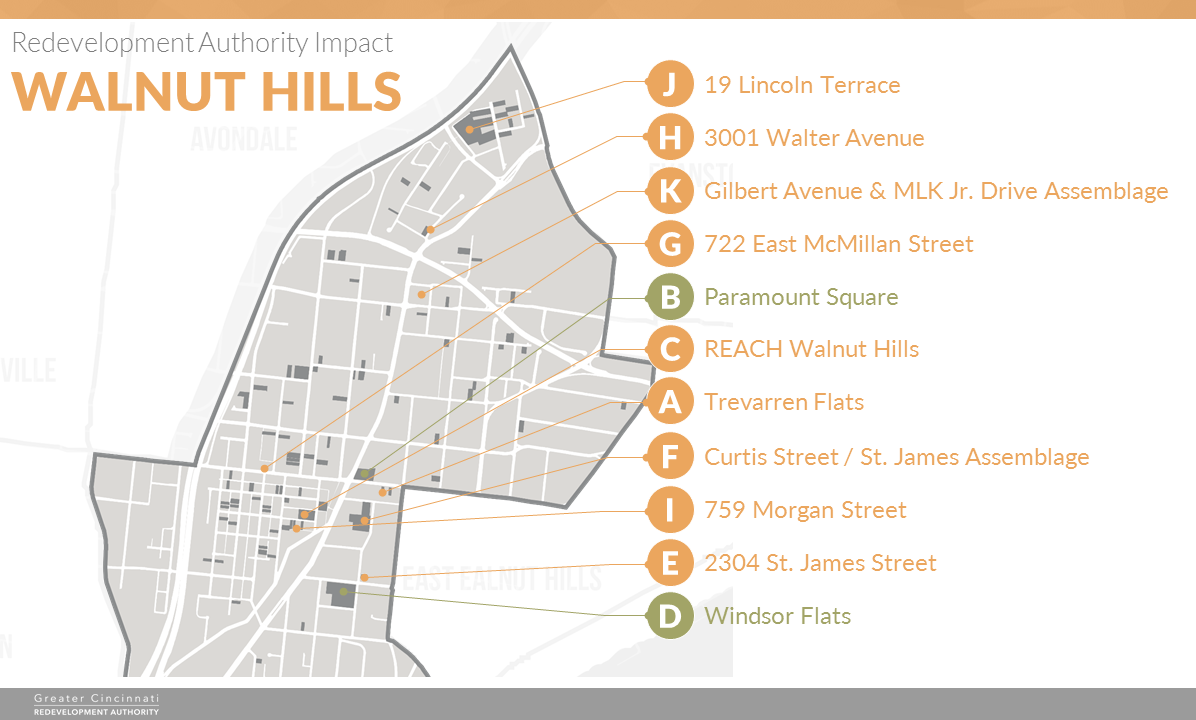