Study looks at Hamilton County’s robust manufacturing heritage, its decline, opportunities for revival, and the impact on our region.

Historically, Cincinnati had a vibrant manufacturing sector that provided family-supporting jobs for our residents. Beginning in the 1970s, we saw the loss of many of the jobs that provided security for our community with the closing of hundreds of companies representing tens of thousands of good jobs. We also experienced the increasing disconnect of our region from the manufacturing sector that continues to exist.

In commissioning this study, the Port Authority and TechSolve sought to verify the impact of manufacturing on the Hamilton County economy – document its highpoint – 1969 when 145,987 were employed in manufacturing – and look at the impact of the decline in manufacturing jobs and the broader economic and societal implications of the dominance of non-manufacturing jobs. The Port Authority and TechSolve provided the Economics Center with scenarios of reinvestment in the County’s underutilized or vacant industrial land. This study data is designed to show how an intentional disruption of the economy through a phased, multimillion-dollar investment in the acquisition, remediation, repositioning, and public control of this land could yield a manufacturing renaissance that creates 26,871 jobs and boosts industrial production.

This study implicitly recognizes the importance of the support of a broad effort by many organizations, leaders and initiatives working to increase prosperity for residents and achieve a more diversified regional economy through the advancement of advanced manufacturing. 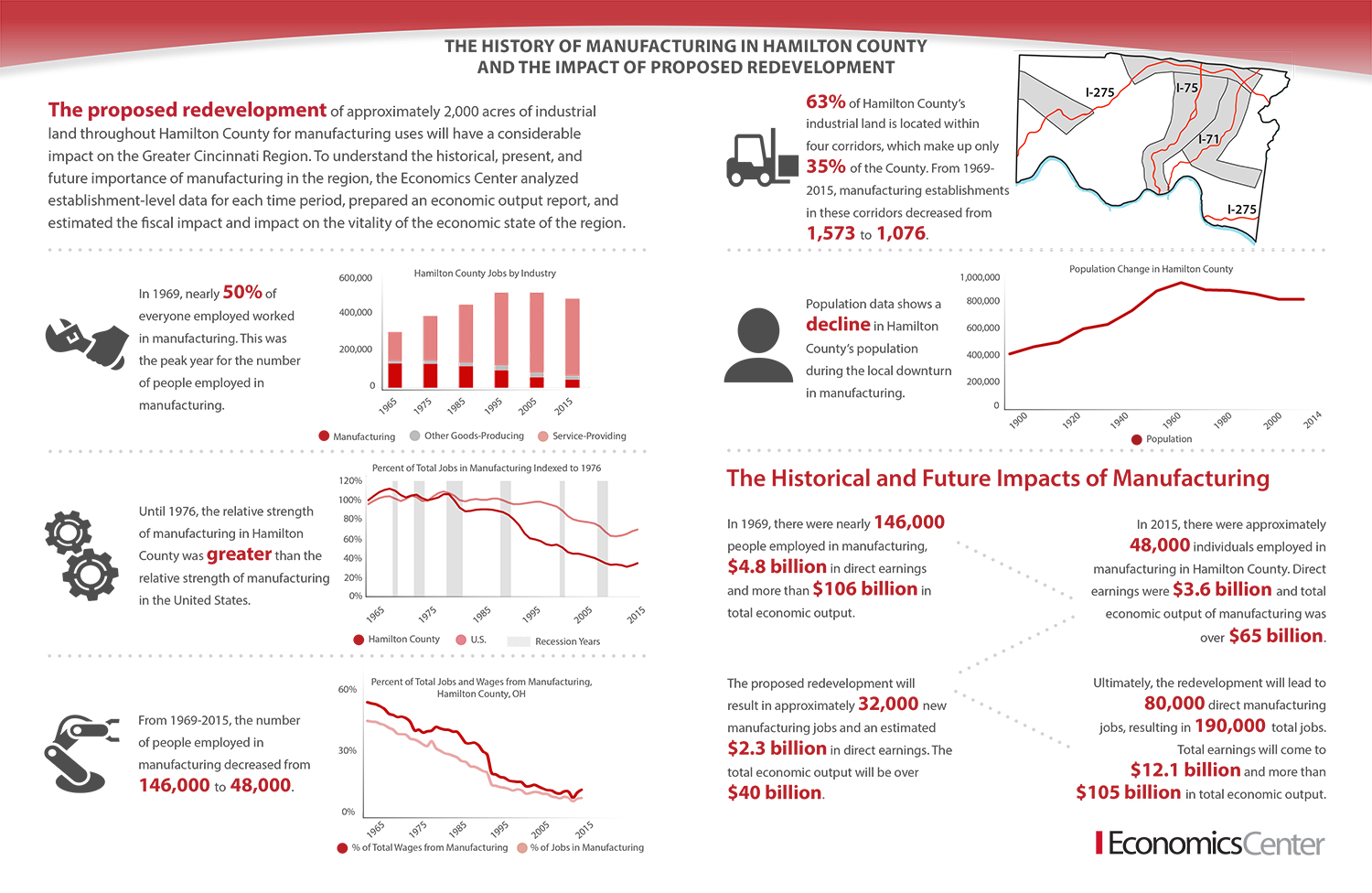 The construction will phase over 20-30 years. The total economic output from the cost of construction is $5.2 billion dollars and nearly 21,800 jobs. The average wage would be $46,200 per year, resulting in an additional 21,800 individuals obtaining jobs with a wage nearly 200 percent of the federal poverty level for a family of four in 2015 dollars.