The Historic Structure Stabilization Program is expanding its work to stabilize blighted and vacant historic buildings and homes by collaborating with the City of Cincinnati on five new projects that are jointly funded.

The Hamilton County Land Reutilization Corporation (Hamilton County Landbank) administers a unique Historic Structure Stabilization Program to stabilize important, vacant historic buildings in order to preserve these structures for future re-use and redevelopment. The organization is one of a few land banks across the United States to run a historic stabilization program. 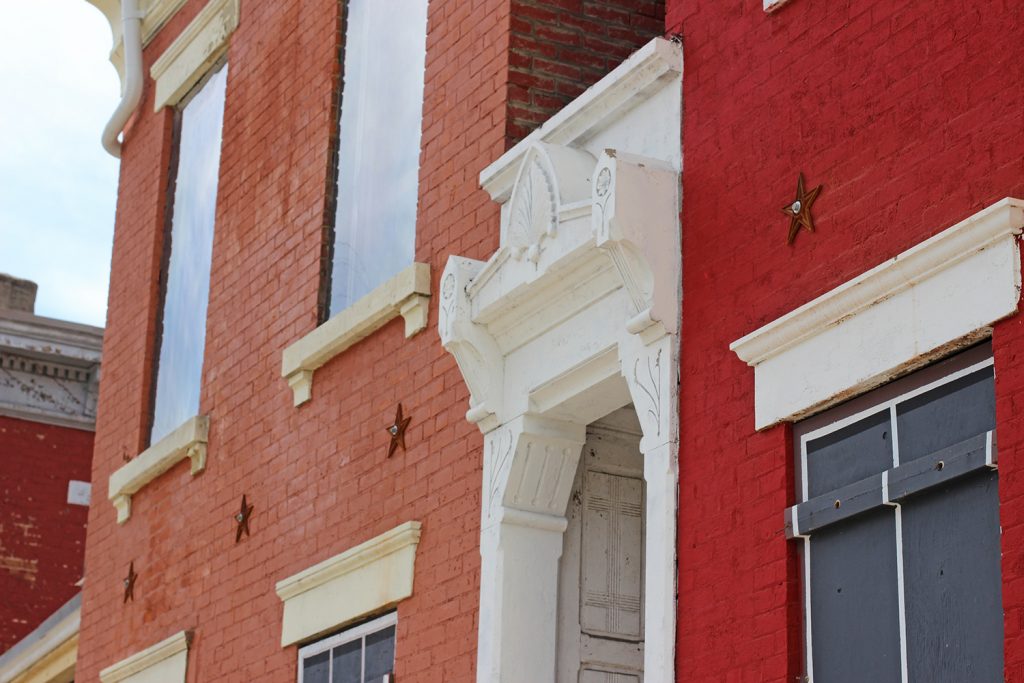 View of architectural details on two of the Baymiller Row Houses in the West End being stabilized by the Hamilton County Landbank and the City of Cincinnati.

1833 Sycamore, center, undergoing stabilization. Dubbed the Flatiron, this Mount Auburn landmark sits on a prominent corner at Sycamore and Dorchester.

The first project under this Landbank/City partnership is the commercial property located at 722 McMillan Avenue in Walnut Hills. Stabilizations of a series of row houses in the West End and a flatiron building in Mt. Auburn are nearly complete, and “we are close to starting work on a large house in Price Hill,” according to Jessica Powell, Landbank VP.

The Landbank and the City of Cincinnati are currently working on agreements for an additional project, and the Landbank is investigating expanding this program to the rest of Hamilton County should County funding become available.

Stabilization brings each building up to the 13 point Vacant Building Maintenance License (VBML) standards set by the City of Cincinnati.  The standards include repairing or replacing the roof to ensure it is water tight, repairing any of the building structure (interior and exterior), repairing foundation walls, securing any building openings, such as windows and doors, and most importantly preserving the historical character of any structures that we stabilize. Historical efforts can include the repair and replacement of cornices, belt courses, corbels, trim wall facings and similar decorative features. 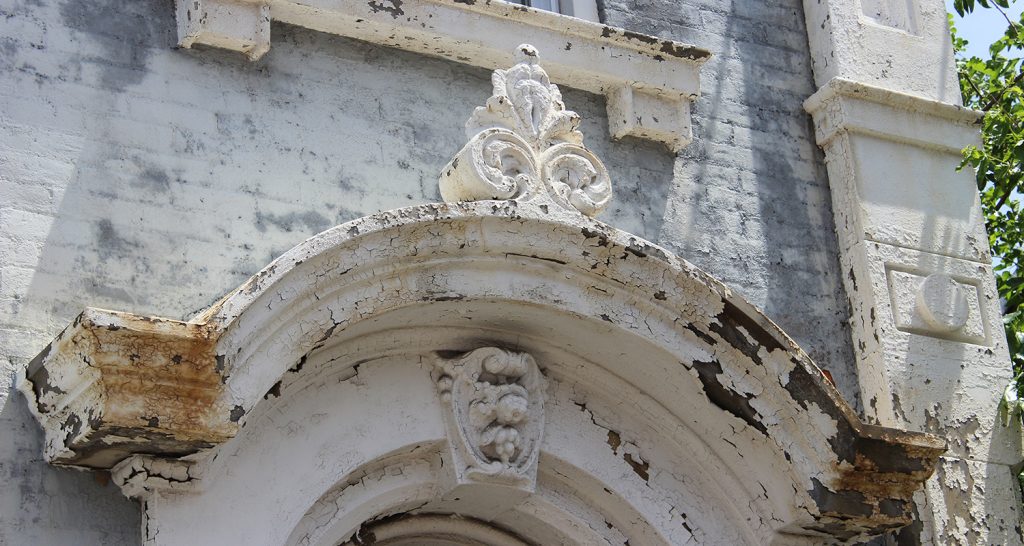 Architectural detailing above the entrance of a stabilized home on Freeman Avenue in the West End.

In 2015, The Landbank won a Special Recognition Award from Cincinnati Preservation Association for the stabilization of 1706 Lang Street property in Over-the-Rhine. Built in 1855, the property was acquired by the Landbank in 2016. Since the inception of the program in 2012, the Landbank has completed stabilizations of fifteen historic structures on sixteen parcels. In 2018, Landbank will announce a capital fundraising campaign, providing opportunity to donate to this program to accelerate the work to save endangered properties, strengthen markets and prevent further decline. Fundraising goal is $250,000. 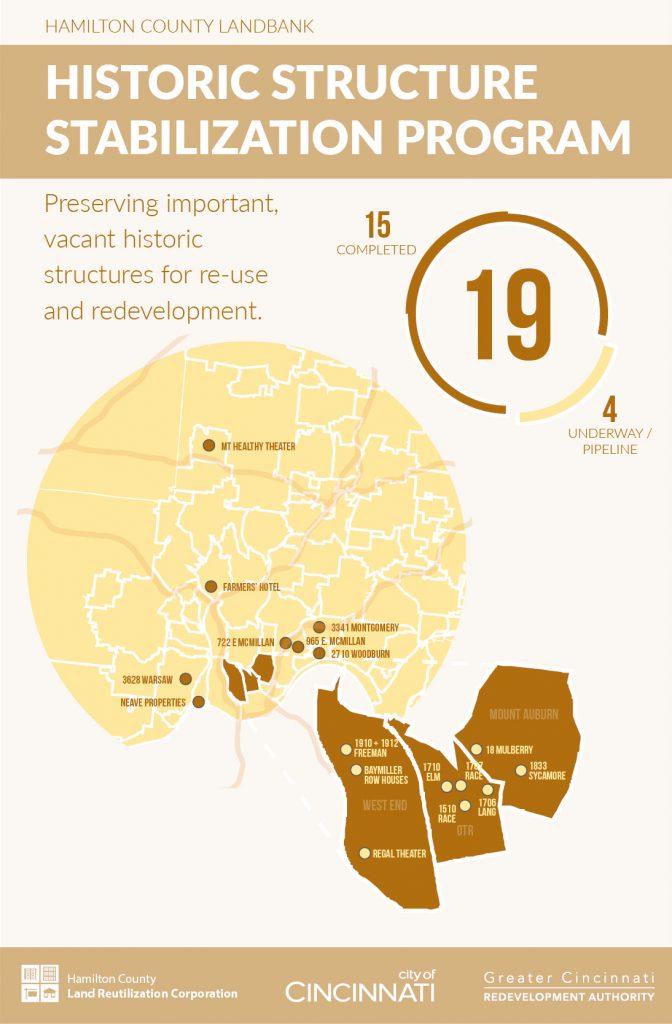 Explore an interactive map of stabilized projects throughout the City and County.

More information on the Historic Stabilization program and an overview of structures stabilized to date.