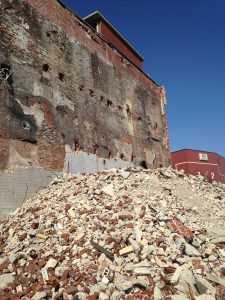 When teams visited the site of the former Hudepohl Brewery, they came face to face with 30 years of deterioration, decay and a pile of asbestos 3-stories-high.

The team was from The Port, which had just purchased the abandoned site on West Sixth Street, aiming to remediate the property for resale. They knew that asbestos was an inherited problem. But, the magnitude was daunting. Clean up would be costly, but also mandatory as doing nothing created an even greater danger. 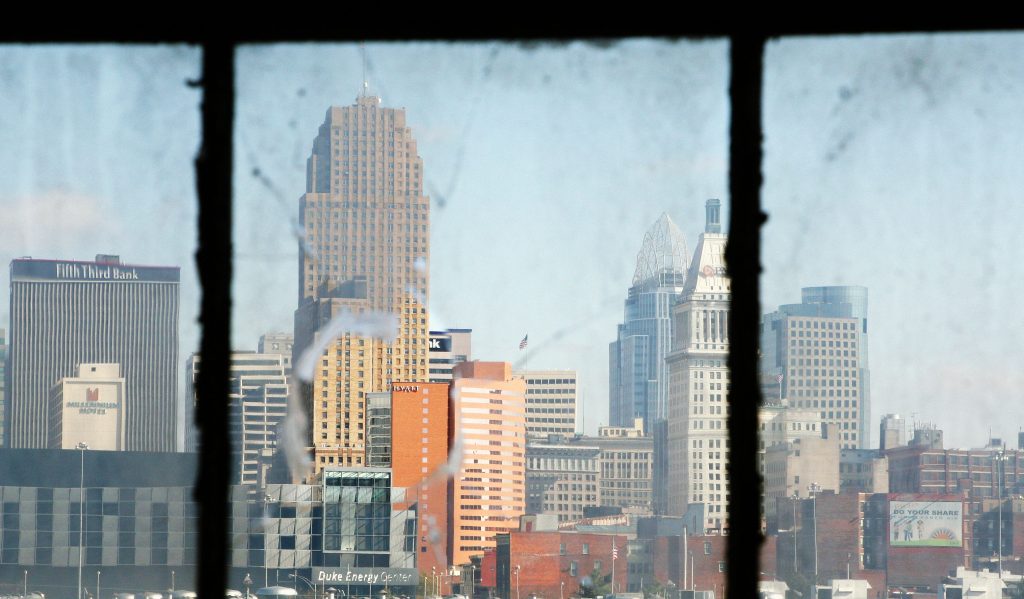 The Fall into Disrepair

In its prime, the site helped make Cincinnati a beer capital by producing top-selling Hudepohl beer for generations. The property, built in the early 1900s, had been expanded and renovated several times to keep up with growing production needs. But in 1987, with the beer industry in decline, the company closed the site. The six buildings, 17-story smoke stack bearing the Hudepohl name and 1.6 acres sat forgotten.

In 2002, a developer bought the property at a sheriff’s sale, but failed to secure financing to build office space and loft apartments. He then resold it to another developer, who also envisioned a mix of residential, office and light manufacturing tenants. But the second owner also hit financing issues, complicated by a lengthy legal fight with the site’s contractor. The new owner began “selective demolition” of the buildings. 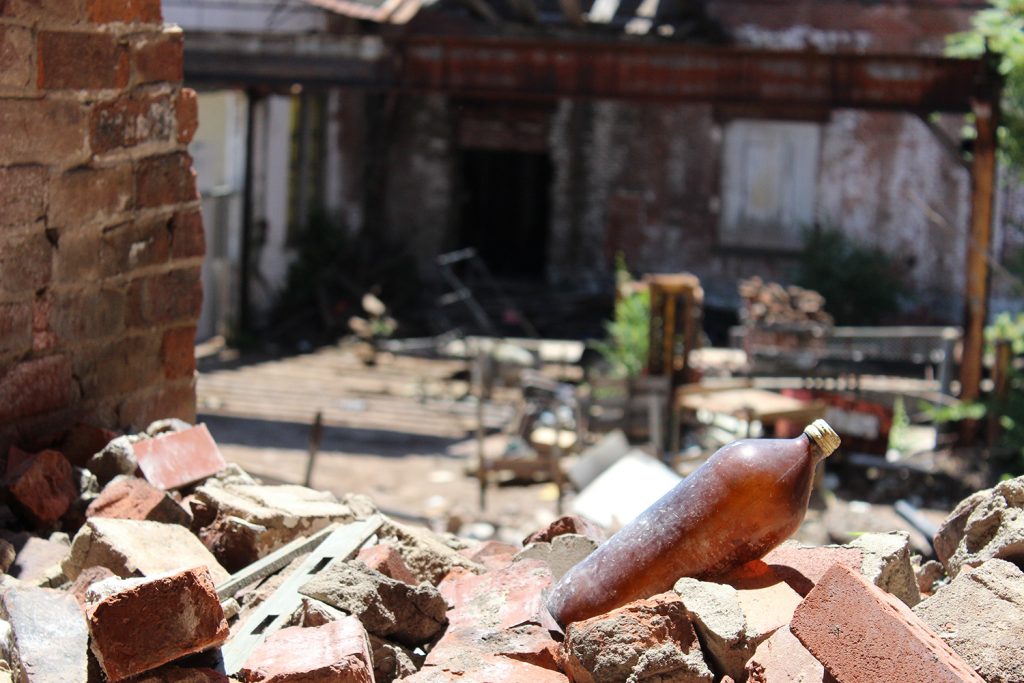 The demolition created an increasing number of environmental issues, including a mountain of asbestos and asbestos-mixed debris. The City of Cincinnati twice condemned the location and cited numerous fire code violations.

And with that came an end to any hope of new buyers, and possible restoration.  The site was contained – fenced and partly covered — until a solution could be worked out.

The Port Steps In

In May 2014, The Port stepped in, buying the property for $400,000 and agreeing to assume responsibility for cleanup.

While experienced in complex remediation projects and funding challenges, The Port had never faced an environmental justice project of this magnitude. “It was the sheer density of the containment that made it so difficult,” said Melissa Johnson, Vice President of Industrial Development. “But, who else would buy it and clean it up?” 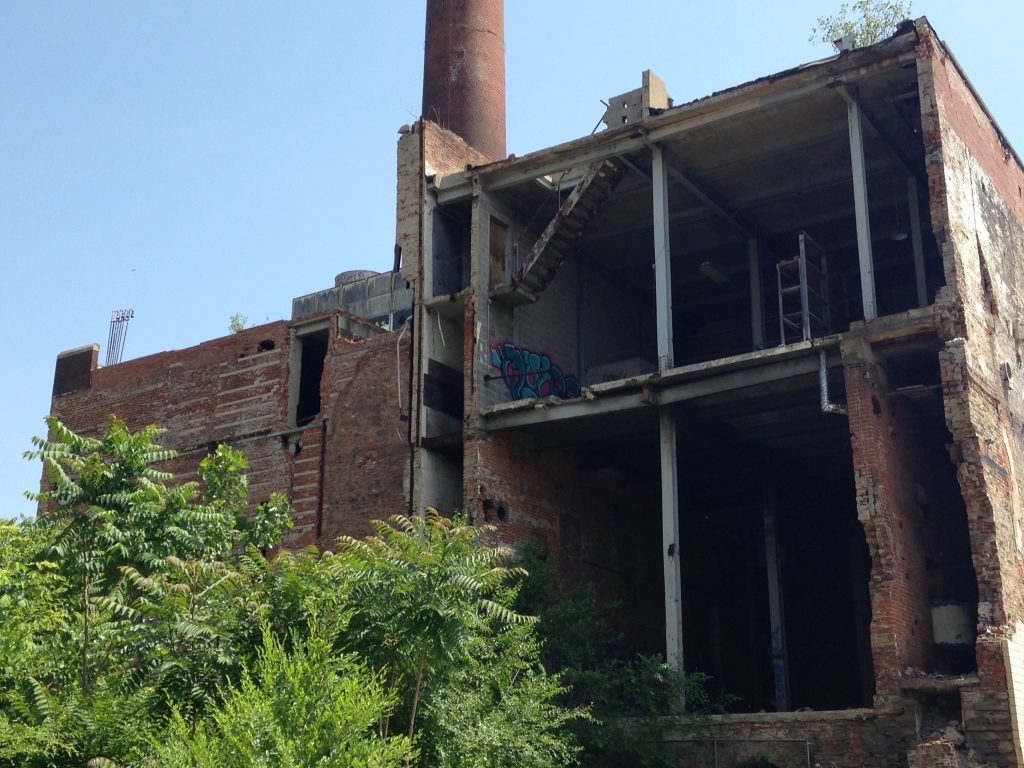 Then came the cost of cleaning up and disposing of the asbestos and other toxic materials, now mixed with crumbled building pieces. The Port secured help from the U.S. Environmental Protection Agency (EPA), which agreed to provide for the removal of the asbestos at a cost of $1.8 million. The City of Cincinnati agreed to cover the remaining $2.2 million bill.

EPA hazardous materials teams, in chemical masks and suits, began excavating and hauling out the materials in August 2017.

Throughout, The Port was required to meet with the EPA to ensure protocol compliance, and also regularly updated adjacent property owners on progress.

When the EPA’s work is done, The Port will oversee demolition and clearing of the remaining buildings. This will include the historic smoke stack that many in the city hoped could be preserved, but the cost of doing so far exceeded project budgets. 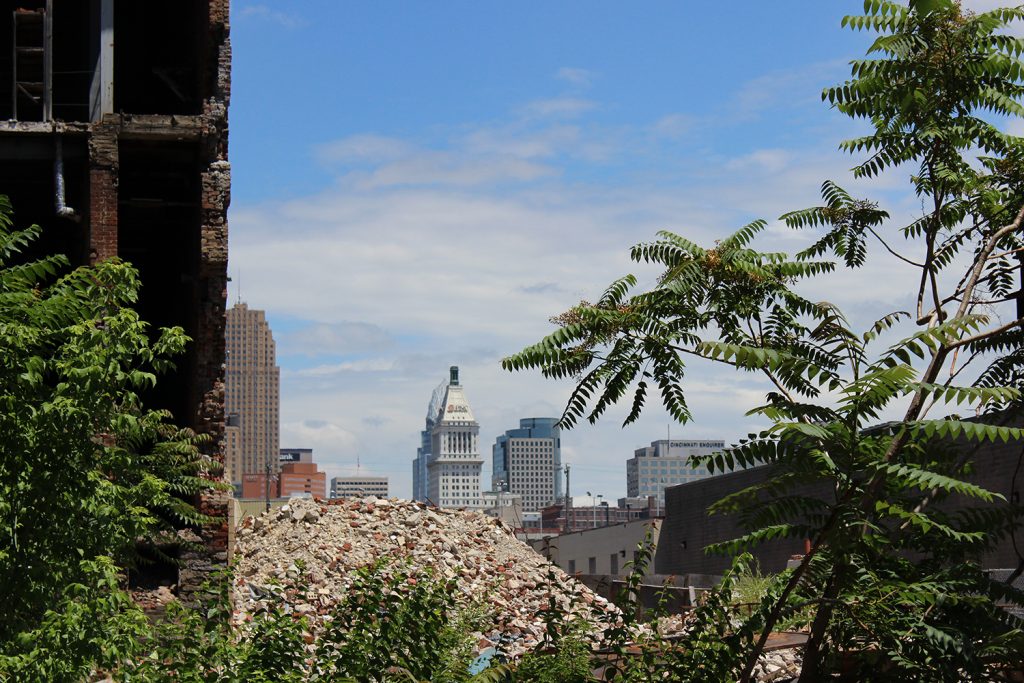 “The damage to the buildings has made them too structurally challenged to be re-used – and that’s really sad,” Johnson said. “But, we’re aiming to turn this into a location that can be reused and add value to the community.”

Plans call for the site to be repurposed by the end of first quarter 2019.

Lisa Popyk is a former foreign correspondent and reporter, working in Paris, the former Soviet Union, the Middle East, Washington, DC, and in Cincinnati for the former Cincinnati Post. An award-winning writer and reporter, she also helped open the Newport Aquarium as communications leader and The National Underground Freedom Center as marketing director. Most recently, she worked for 14 years at Procter & Gamble, leading corporate communications and crisis management for several business units and Company Officers. She lives in Cincinnati and is the mother of two boys.